For the third year in a row we have endeavoured to single out the trends that we think will be most relevant during 2018 in the field of communication and technology. These are trends that are breaking out and that will be consolidated over the coming months. The ten ideas that we have highlighted are based on realistic development, not any exercise in science fiction. We detail these trends below:

It is not strange that Google, Apple and Amazon put Artificial Intelligence (AI) at the centre of their strategies. This concept allows for the development of new relationship models. As well as B2B, B2C and C2C, we must add M2B, M2C and M2M. According to Gartner, one out of every four companies has already implemented AI -or plans to do it in the short term. Some studies anticipate that AI will generate no fewer than 800,000 direct jobs by 2021. However, it is no longer about business volume or jobs, but also about relational aspects. Algorithms are already everywhere and are significantly influencing our way of consuming media. Chatbots, virtual assistants, programmatic advertising and more are at the service of our interests but also provide a predictive communication in which emotional aspects will be increasingly important. 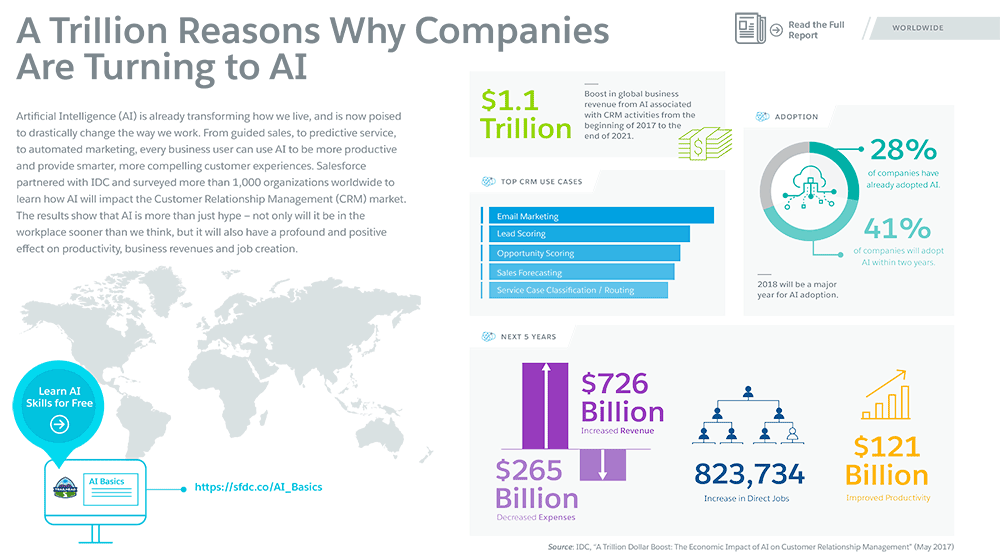 After the use of a keyboard, mouse and touch screens, voice will become the new channel for communication between users and machines over the Internet. Media and brands, in addition to their visual identity, should develop a verbal identity and personality, which must be based on their vision, mission and values. Influencers can acquire a new relationship with the media and brands, providing their voice or their personality so that they can express themselves through the new voice devices. Virtual assistants, currently used to solve information requests, will become “virtual companions” and will allow users to “have a good time” or offer help or advice to them in ther day to day lives. 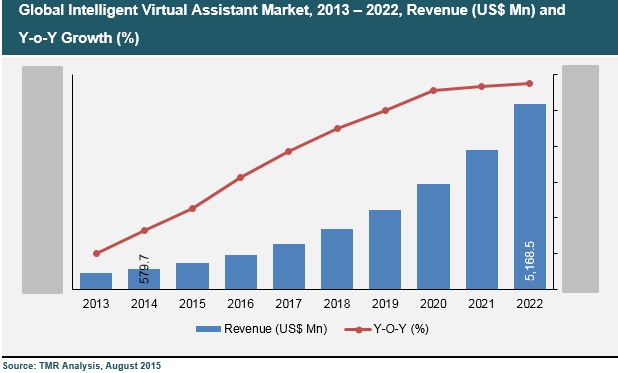 Platforms are new business models that allow different agents to connect on a global scale and through the Internet, so that they can exchange values between themselves. Platform-based businesses design the technological infrastructure and business rules so that these agents can interact, and charge for access to the platform or for the consumption of the services and contents hosted therein.

Examples: Airbnb and Uber. In the digital field, the biggest exponent is YouTube. There is also Netflix and the Movistar platform (although content producers cannot openly upload to the platform).

Communications media were the first platforms in history: They put advertisers in touch with their target audiences. After the consolidation of these new business models, we will see many traditional economy companies mutate their business model to this new approach, or create new business models based on it.

The world of television and technological media takes a step forward with every event. In 2018, the annual Super Bowl and the Champions League final will be accompanied by the next World Cup in Russia and the Winter Olympics. These sporting events mean a relaunch of digital broadcasting, 5G, 4K-UHD and modern retransmissions. 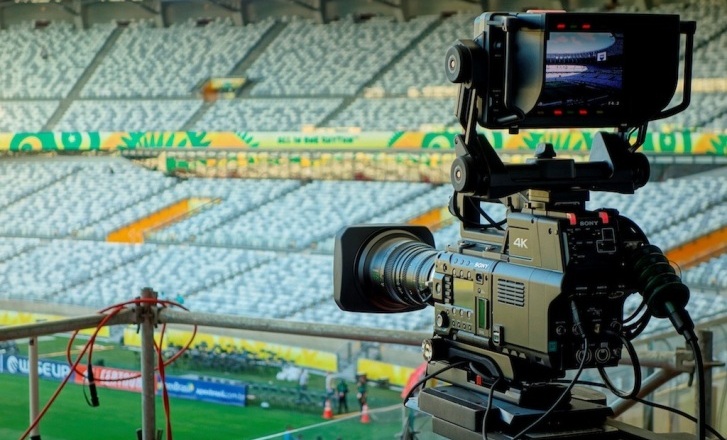 The Telstar 18, the official football of the World Cup, has an embedded data chip (NFC), which allows consumers to interact with the ball through a smartphone. Russia 2018 will have services including the data transmission network, telephones, satellite communications and radio telecommunications in line with TETRA standards, as well as services for viewers.

The 2018 World Cup will be the first to use goal line technology, and could also feature VAR or video refereeing. The event this summer in Russia will thus avoid any ‘ghost goals’ because in all World Cup matches the referee will know if the ball has crossed the goal line thanks to a device. In the case of VAR, FIFA will decide in March whether to apply the video arbitration system.

In 2018, the blockchain will reach more end users. The blockchain will continue to expand its domains, while the regulators will work on the creation of legal frameworks to impose limits on emissions and capital accumulation.

The blockchain is a decentralised database shared between a network of computers, who must approve an exchange before it is carried out. Thus, intermediaries like banks are not needed because the information is completely protected and it collected in a totally transparent accounting book, so that all users can see it. It guarantees that the contents are yours and therefore you do not need a third party. It could prevent the accumulation of power of content platforms. The war is between operators and platforms, not between platforms and producers. The blockchain could be fundamental to counteract the power of the so-called GAFAM (Google, Apple, Facebook, Amazon and Microsoft).

The creation of communities around the markets of tokens or cryptocurrencies, and the launch of ICOs (Initial Currency Offer) to finance new business projects, marked the future of the blockchain throughout 2017. As the blockchain technology supports Bitcoin, the financial sector has been monitoring the disruptive force of this technology since January 2009.

The sentimental and emotional story is above the rational story. It seeks to make a connection with the viewer. Personal stories will carry weight. Coming in are microcontents, a reduction in traditional films, 6 second spots and short stories. Sports rule and content related to healthy lifestyle habits, health and nutrition will come to the fore.

In marketing, the advertiser is someone like you and goes from ‘Like’ to ‘Love’. This is the search for improvement in the user experience. Things are also consumed to be shared. It is a reinforcement of customer service.

After the success of Pokémon Go, we must wait for a new ‘blockbuster’ to continue consolidating this old-new technology. Virtual reality and augmented reality want to mature and stop being a fad in 2018. The immersive technologies sector is battling to become as popular as smartphones. At the moment the prices of the components are not competitive enough although the hybridisation with smartphones could provide the definitive leap.

Facebook will launch the Oculus Go in February 2018, which goes in precisely the opposite direction: It aims to replace the mobile phone and the computer. At 199 euros, the idea is to monopolise the market exhaustively. It is an independent helmet that does not require any connection to a mobile phone or a computer, avoiding the annoying cables that were indispensable in Oculus Rift.

Distance learning online will continue to be supported. The eLearning is going to become one of the trends that is consolidated in 2018. There is a perfect storm for this category. In the United States, it is estimated that in 2019 50% of all classes will be taught online. Digital training, also called e-learning, is a relatively new learning system (just like the Internet) but in the last 10 years it has gone from being a minority and unknown system to having a role almost as important as face-to-face classes in certain sectors.

The great leap forward for eLearning comes with video, both live and delayed. In this sense, the adaptability to mobile phones will gives us lessons with increasingly shorter videos. The smartphone dictates this.

Big data can help us to find out how people learn, to adapt the contents and processes to the consumer. In the field of artificial intelligence, chatbots will be essential to increasing responses in the learning process. Virtual reality will also be a mainstay in the field of education.

Under the umbrella of the new television we find many variants that range from classic linear television to YouTube, but for this analysis we will focus on the OTT (Over-the-top) model: Audiovisual contents that are accessed through a connection to the Internet, from Spotify to Pinterest photos. Television is more alive than ever. The technological changes of recent years have dismantled traditional consumption but viewing hours for audiovisual content are skyrocketing –as is the volume of content produced. All social platforms support the format. Even purists of 35mm and 16:9 consume vertical videos without blinking an eye.

The will be a generalised increase in audiovisual consumption in all forms. The minutes for traditional TV viewing will go up, subscriber numbers for payment platforms will increase, and there will be a rise in consumption of online video, which traditional operators are using to try to stop the redistribution of advertising investment.
In Spain, there was great growth in consumption through the modality of Pay Television during the year 2017, registering a new historical record: From 20.4 percent registered in 2016 to 22.3 percent of the total in 2017.

This year there have been cases of a new “passive consumption” of content through “smart playlists” (YouTube, Spotify, Facebook). As the recommendation algorithms improve, we will see a new “personalised line”. In addition, there is a consolidation of live broadcast throughout the universe of social networks. The clearest example is Facebook and Instagram. There, the use of live broadcast is of great importance as a means of interaction between companies and individuals. Live broadcast is another service for clients in a world that is increasingly developed in real time.